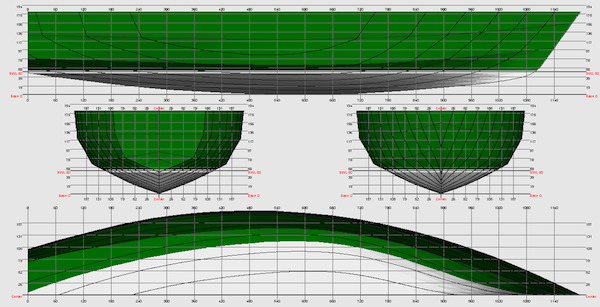 The hull starts to take shape.

On Henry's advice, the round hull of earlier designs has been discarded in favour of a hard-chined hull. We were originally planning a fibreglass hull from a round mould. The complexities of first producing a "plug" and preparing a mould from the plug, not to mention having to then fibreglass the hull itself, are quite involved. Henry suggested hard chines an 6mm marine ply for the construction, and a light bulb lit up.