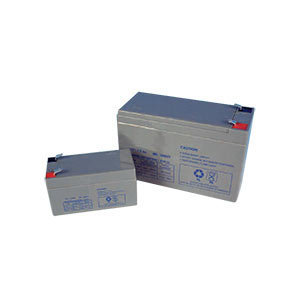 There will be at least two Vcc busses on board. Labeled, oddly enough, as Vcc1 and Vcc2. The difference between them is that Vcc1 is always on, at all times, and Vcc2 (through VccN) are selectable by Igor.

The main processor runs off Vcc2, but Igor (and Otto) both run off Vcc1. In situations where voltage levels are critical, Vcc2 will be switched off and the boat will continue on whatever course had previously been set, until either voltage levels are healthy, the specified "wake-up" time has elapsed, or there are critical issues which require Mother to get involved. A critical situation could be something like a dramatic wind shift, or an error such as a mis-reading from a sensor.

For the sake of this discussion, we'll assume that the average current consumption on the two voltage rails is 200mA. This is a power consumption of 1W. Given that the rails are generated from DC to DC converters with an efficiency of 80% (give or take), the input power will be 1.25W. The main "house" circuits are from sealed lead-acid batteries, which means they'll have a voltage between 11v (when flat) and 13.7 (when floating). Without any solar power, a fully-charged battery should sit nicely at 12.6v, so we'll take that as our average house voltage. In other words, we'll be drawing 100mA at the house voltage.

We will be using solar panels to generate the power needed to operate the boat. As a rule of thumb, we can assume that the panels will produce power for 8 hours a day. In reality, they'll produce for longer than that, but the current produced in the morning and evening will be quite low, so we can average that out as 8 hours of full power. What we're really concerned with is the power consumption at night, because that's what the battery is providing. 100mA for 16 hours is 1.6Ah (ampere-hours). It's a bad idea to discharge a SLA battery completely, and a reasonable discharge would be to 50% of its capacity. So, we're looking for a 12v SLA with a capacity of at least 3.2Ah.

Sealed Lead-Acid batteries are heavy beasts, and temperamental. The alternatives would be NiMH or LiPo batteries, but their care and feeding is even worse.

We will need to monitor the battery temperature so that we don't overcharge it.

In terms of the solar panels we need, first we need to look at the current needed to recharge the battery. We said we'd use 1.6Ah during darkness, and we have 8 hours to bring that back to full charge. In an ideal world, this would be 200mA from the panel. However, battery charging isn't 100% efficient and it's not an ideal world. We will lose some power to heat during charging. Again, 80% is a good rule of thumb. That means we need to pump in about 250mA for 8 hours to replace the 1.6Ah we lost overnight.

Let's not forget that we also need to power the systems while charging the battery. So we still need to provide 100mA to the house circuits.

Therefore, the solar panel needs to put out 350mA of current at 13.7 volts. In other words, we need at least 4.8 watts of solar panel on board.

We can get away with less if we can be more economical with our power budget. From our calculations above, everything is fairly linear so we can multiply our current demands (in mA) by 0.024 to figure out how big the solar panel needs to be. 4.8W is pretty big.

We will also need to spend a lot of time working on power models for Igor, so that he can turn on and off Vcc2 appropriately. If it happens that we have critically low power on board, Mother can set a cautious course (avoiding land, etc) and be shut down for up to two days, while the low-level systems keep driving the boat forward.