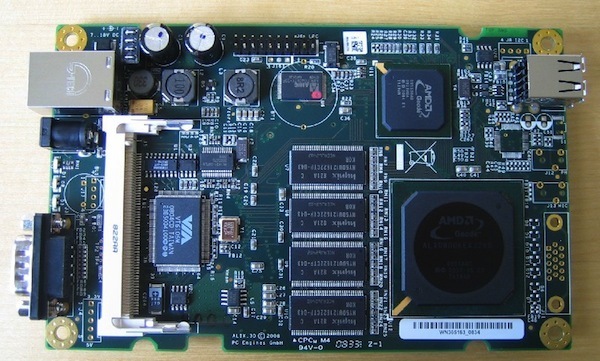 In terms of the system architecture, we're planning on using two separate computer control planes to manage and steer the boat from start to finish.

At the lowest level, a custom Atmel (ATmega8) board will act as a basic "autohelm", driving the boat to a specific True Wind Angle or TWA. As the breeze shifts, so too will the boat, to maintain that TWA. This is a basic PID algorithm for controlling the rudder and mainsail in relation to the specified TWA and is very similar in design and implementation to your average sailboat autohelm.

This is the control board, also known as Otto or Otto von Helm, to give him his full title. Otto will most likely be assisted by Igor, in charge of power management and the boat environment. It is Igor who will turn on and off the other systems on board, including the main system (Mother).

This board will measure the apparent wind angle in relation to the hull. For all intents and purposes, this will be the same as the TWA as the expected wind speed will be an order of magnitude greater than the hull speed. The control board will also monitor the DC power from the battery, the power from the solar panels, the current consumption and the ambient temperature (for charging curves). Finally, the control board will measure the electronic compass. While it won't use the compass heading to steer the boat due to the lag and other issues, it will use the compass heading to detect large shifts for alarm purposes.

The main computer on board will be a PC Engines Alix3d2, running FreeBSD, or more technically, NanoBSD. This system is called Mother in honour of the film Alien. The board won't always be powered up (more on that, later). When it is, it will use the GPS to check the distance traveled, the direction (COG) and the speed (SOG). It will determine the best TWA to sail the boat, in order to get to the finish line. It will also report the latitude and longitude to Mission Control but more on that later, too!